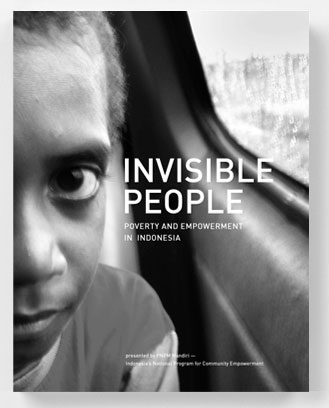 I nvisible People contains the stories of 53 poor, stigmatized and marginal Indonesians. Those telling their stories include paraplegics; sex workers; landless peasants; transsexuals; widows, divorcees and abandoned women; sea-dwelling, semi-nomadic Bajau fishers and pirates; drug users in urban slums; Papuans living with HIV and dying of AIDS; beggars and others disabled and disfigured by leprosy. The stories were collected and transcribed by Irfan Kortschak. The book contains black and white images of the subjects and their communities by Poriaman Sitanggang. Invisible People was published by the Lontar Foundation on behalf of the PNPM Support Group (more details).

Excerpts from the book can be viewed on this website by following the links below. For the complete text of each chapter, please follow the link to download as a PDF file.

Scott Guggenheim discusses the evolution of the PNPM Mandiri program and his growing awareness of the need for a specific program to meet the needs of Indonesia’s invisible people, the excluded and marginal groups who are often excluded from government programs and participation in the community. 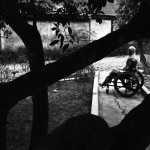 This chapter looks at physical disability and access and opportunity for the disabled. The chapter includes three stories by people with physical disabilities in the province of Aceh. These include the story of Nurbaidarmi, a paraplegic woman who, with the assistance of Handicap International, obtained a wheelchair and sought qualifications to teach at a childcare center. 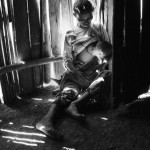 Nusa Tenggara Timur is one of the poorest provinces in Indonesia. Malnutrition affects many people, but particularly women and young children. Children here are often too skinny and too short for their age. Worm infestation, anemia, coughing, and diarrhea are also common among babies and young children. This chapter contains the story of women with malnourished children and of an outstandingly dedicated health care worker in the district. 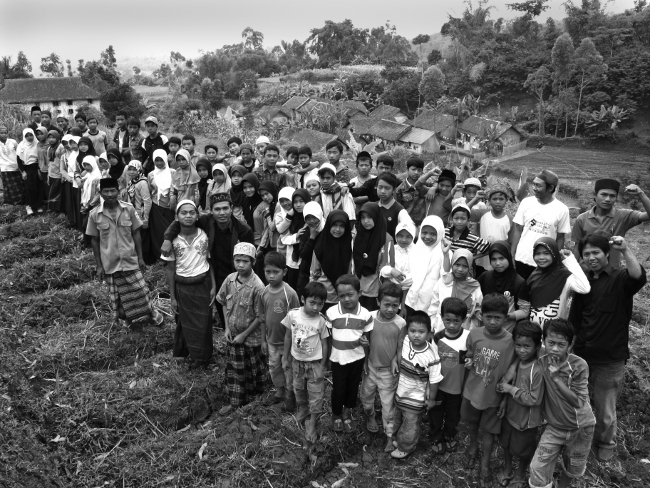 In 2003, during a conflict over land rights, the small landholders and landless day-laborers in Sari Mukti in Garut, West Java, decided they needed a school. Without government support or funding, they worked with a day-laborers’ union to establish their own. This chapter includes the stories of several students, teachers and volunteers at the school. 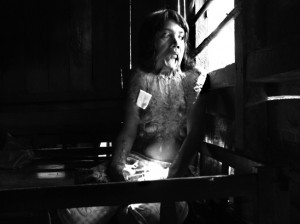 In conflict zones, ordinary men, women, and children experience the trauma of dealing with extraordinary events. When the trauma is acknowledged, the community can recognize and deal with it. However, when women suffer violence at the hands of their husbands, society often looks the other way and refuses to see it. This chapter includes the stories of a number of women in Ambon, Maluku, who have experienced severe domestic and communal violence, including Santi, whose husband poured kerosene over her and set her on fire. 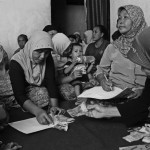 Widows, single mothers, and abandoned wives in Lingsar, West Lombok, often earn as little as sixty cents for a day’s hard work in the rice fields. Some of these women have set up small savings and loans groups. With the support of PEKKA, “the woman-headed households empowerment program,” women in this district have established small savings and loans groups that help them to set up small enterprises that allow them to buy land, send their children to school, and live in modest comfort and security. This chapter contains the stories of several of these women. 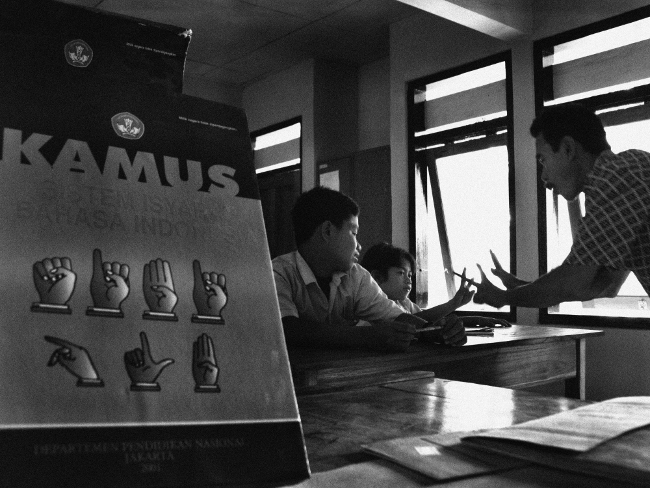 In a village with a large number of deaf people, everyone, even those who can hear, speaks a local sign language. As the schoolteacher says: “Kata Kolok is what keeps us together as a single community. In Bengkala, being deaf is not something carried by the kolok alone. It’s something that belongs to the entire community. 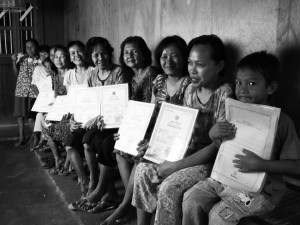 The Cina Benteng, or Benteng Chinese, are descended from immigrants who arrived in Indonesia from China generations ago. They live on the fringes of Jakarta. Many are very poor. Often they do not have identity cards, birth certificates, or other official documents. This chapter contains the stories of several women from this community, including a community activist who struggled to obtain documentation for herself and her children.

The Bajau: At home on the sea 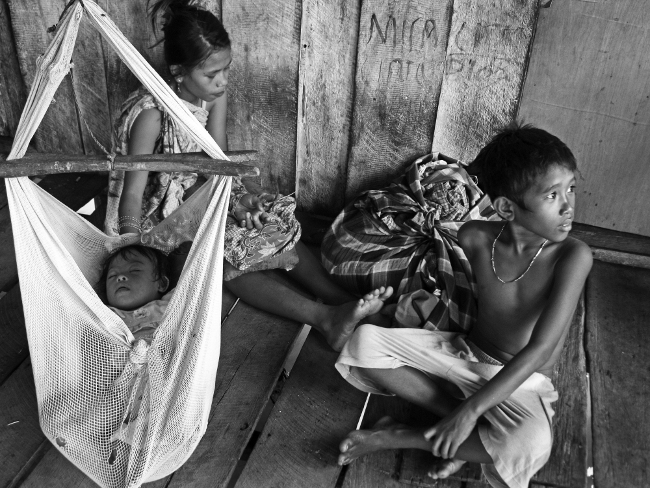 The Bajau people are often described as Southeast Asia’s sea gypsies. Their skills as sailors, skin-divers, and fishermen are admired, while at the same time they are reviled for willfully destructive practices such as fish bombing and the use of cyanide in coral reefs. 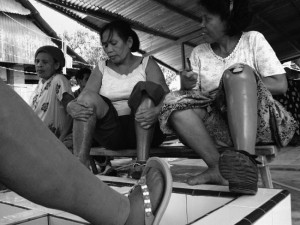 Many people in Jongaya (Makassar, South Sulawesi) are disabled by leprosy. People with damaged limbs gather in to soak their feet, which helps heal wounds and sores that can become gangrenous. The self-care group has also set up a savings and loans program to finance small business ventures by its members. This chapter contains the stories of the head of the self-care group and other members of the community, including small traders and beggars. 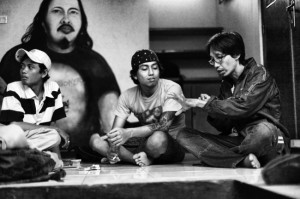 Drugs, gang violence, unemployment, and crime have not disappeared from Jakarta. However, several districts around the Proklamasi area have transformed themselves dramatically over the past few decades. This chapter contains the stories of an artist and former drug user who helps run a facility where drug users can seek assistance and advice in a non-judgemental environment. It also includes the stories of several past and present drug users and a community activist in the area.

Waria: Standing out, fitting in 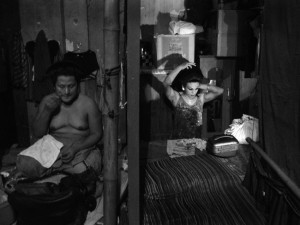 Transgendered waria are biologically male but dress, act, and behave like women. They form a group of their own, with their own highly visible subculture. This chapter contains the story of a waria who is a respected primary school teacher in her conservative, devoutly Islamic village in rural Madura; of a waria who, like many others, works in a hair salon; of several waria who perform the female parts in traditional theater performances in Surabaya; and of the head of Surabaya’s representative waria organization. 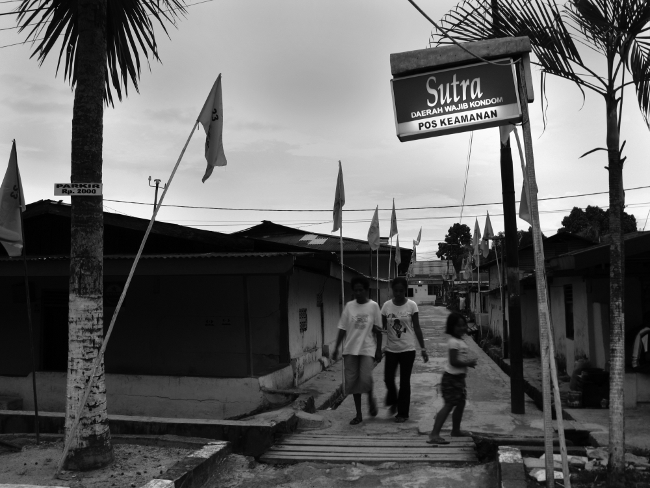 Women work in the sex industry for one, simple reason: to make money. With the nearly complete absence of social welfare programs in Indonesia, sex work can be a means for divorced and single women to cope with poverty, unemployment, and family obligations.

HIV and AIDS: A local epidemic 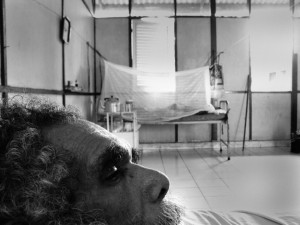 Papua has been more severely affected by HIV and AIDS than anywhere else in Indonesia. At least 2.4% of young adults are HIV-positive. Sex between men and women is responsible for more than 90% of new HIV transmissions. This chapter contains the stories of an HIV+ activist who has established a self-care group for HIV+ positive people in Sorong, a major Papuan city. 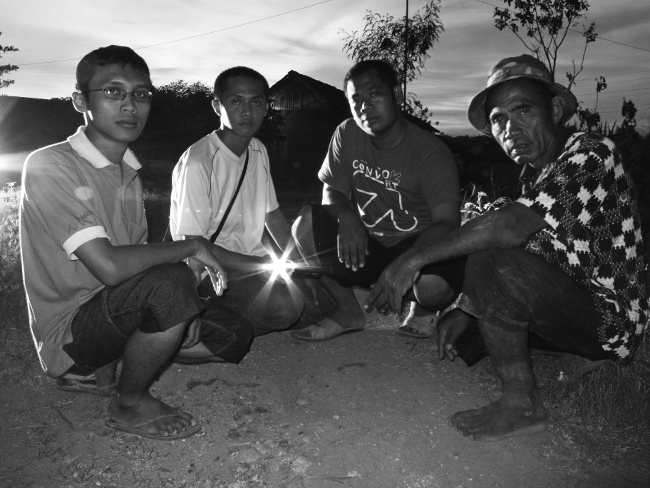 Karang Ploso is being transformed from a rural village into an urban outskirt. The villagers use handy cams to interview each other and record their daily lives. By discussing the films they make together with the whole village, the younger generation and their elders are learning to understand each other.